Advantages and Challenges of Starting Up in Singapore

Singapore is well known as one the most business-friendly places in the world and as per World Bank ranking, it is the easiest place to do business globally, a position it has held for ten uninterrupted years. The economy has braved tough completion for the top spot from other worthy competitors like New Zealand, Hong Kong, Denmark and South Korea. For this reason, entrepreneurs from all over the world desire to set up businesses in Singapore whether they are new ones or relocating their existing ones to Singapore. The fact that it is a legal requirement that foreigners cannot register businesses on their own, and for help with other procedures relating to setting up business in Singapore, you should consider engaging One Visa Singapore for incorporation of your company, as a foreigner starting up in Singapore.

So what are some of the advantages and challenges of starting up in Singapore?

Singapore gives good entry to South East Asia and beyond

You will have a direct and secure connection to other commercial hubs in the region through Singapore and even further as Singapore links to other cities in the world through air transport and sea transport.

Singapore has its businesses conducted following clear rules and straightforward and practical regulations. The protection of intellectual properties in Singapore is unrivalled, and things are done expeditiously. Also, with Singapore being a former British colony, the system is familiar for most people in relation to business language, most aspects of the culture and the legal system.

The government actively involves itself through extensive funding of research and development, test bedding and experimental projects that are later adopted widely. This is due to the forward-looking nature of the Lion City and its desire to be the most developed state or city globally. Furthermore, the government participates massively in housing, industrial building and top-notch technology, ultra-modern business parks and others. Due to this participation, getting a government project or financing would be very beneficial so if you secure a government project it will be executed speedily.

Meetings are a common thing

There is a great love for meetings in Singapore, and you should attend most of them at various levels. The meeting may be to discuss something that could be done via email or a phone call elsewhere like the UK thus the many meetings may make some people feel frustrated, but that’s how things are done. The beauty of it is that once convincing or deliberation is done in the meetings things move pretty fast.

High regard for hierarchy and seniority

The issue of showing respect to the seniors and adhering to the hierarchy within the organisations and government bodies are significantly upheld and must be worked with but not against. It may be a challenge for those not used to some of the cultural issues despite not being extensive.

Despite being very advanced and holding high rank globally in development and progressiveness, Singapore can be careful at first in taking up new things more so from other nations. To overcome this, entrepreneurs introducing new products have two options: 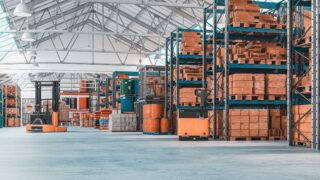 Warehouse Software and Its Great Function to Assist the Warehouse Management 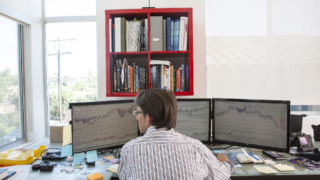 How to start trading from home?